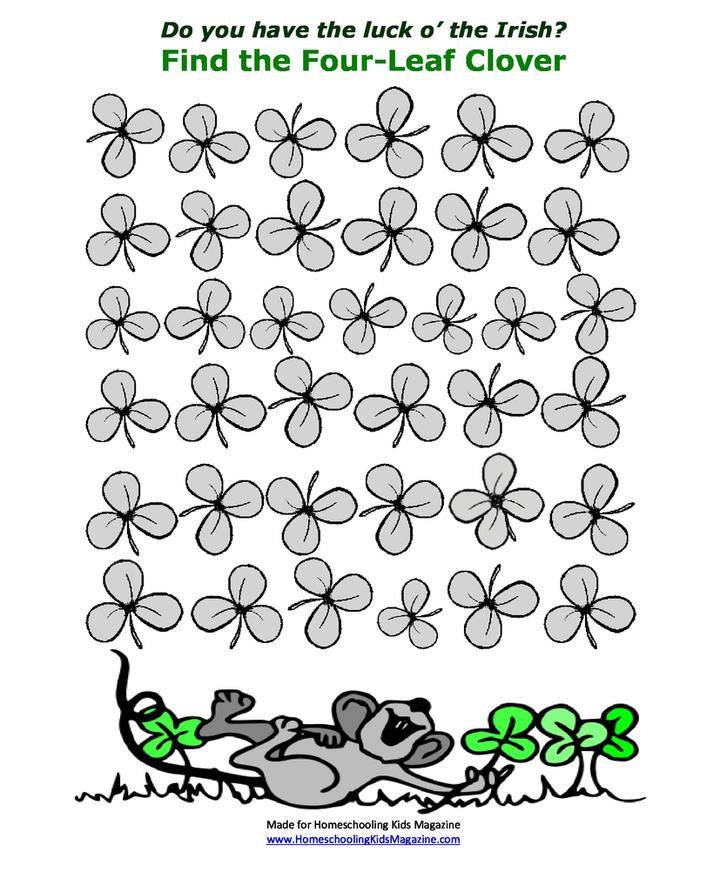 Saint Patrick’s Day
Saint Patrick's Day, March 17th, is an Irish holiday honoring the missionary credited with converting the people of Ireland to Christianity in the 5th century. Patrick was born sometime between 373-385 A.D. in either Scotland or Wales. His real name was Maewyn Succat. His father, Calpurnius, was a Roman official in charge of a colony in Britain. His family members were early Christians.

The boy who would become Saint Patrick was kidnapped by Irish pirates at the age of 16 and sold as a slave in Ireland. During his captivity he tended sheep and swine for his master, a Druidic chieftain. The boy dreamed of freedom, and began to find strength in prayer. He finally escaped about five years later and sailed on a ship to France, where he studied at a monastery and took on the name Patrick after he became a priest.

When he was about 60 years old, Patrick became troubled by visions of the Irish people pleading for him to return to their country. Patrick went back to Ireland in 432 A.D. as a missionary intent on liberating the nation from paganism. He was armed with only courage and conviction, a Bible in one hand and a staff in the other. His mission was to teach the gospel of Jesus Christ and convert the Celts to Catholicism. It is said that Patrick had an unusually charming personality, which helped him win converts.

Patrick succeeded in changing the course of Irish history, as Catholicism is now the major religion in this once pagan land. Patrick became a hero and the patron saint of Ireland. He is also one of the world’s most popular saints. There are about sixty churches and cathedrals named for him in Ireland alone. One of the most famous is Saint Patrick's Cathedral in Dublin, whose grounds mark the place where Saint Patrick baptized his converts.

Legend has it that Saint Patrick drove all the snakes out of Ireland – that they all went into the sea and drowned. There were no snakes native to Ireland, but the snake was a revered pagan symbol and perhaps this was a figurative tale alluding to the fact that he drove paganism out of Ireland.

Saint Patrick actually used some Celtic symbols to teach the people about Christian concepts, such as placing the cross of Jesus inside the Celtic circle of life, and explaining the doctrine of the Holy Trinity using the three leaves of the shamrock plant.

In a book titled “How the Irish Saved Civilization,” historian Thomas Cahill tells what a great influence Saint Patrick had on Western civilization. “Not only did he bring Christianity to Ireland, he instilled a sense of literacy and learning that would create the conditions that allowed Ireland to become ‘the isle of saints and scholars.’”

As Europe was being overrun by barbarians in the 500’s and 600’s, devout Irish monks helped preserve Western culture while keeping Christianity alive. They copied down the religious scriptures by hand in beautifully illustrated books called illuminated manuscripts. One of these is the famous Book of Kells.

For thousands of years, the Irish have observed the day of Saint Patrick’s death as a religious holiday, attending church in the morning and celebrating with food and drink in the afternoon. The first American celebration of Saint Patrick's Day took place in Boston, Massachusetts, where many Irish immigrants lived at the time of the Revolution.

Today, Saint Patrick’s Day is one national holiday that is celebrated in more countries around the world than any other. Schoolchildren started the tradition of pinching classmates who don't wear green on this holiday.

Irish Blessing: “May your blessings outnumber the shamrocks that grow, and may trouble avoid you wherever you go.”

Did You Know…? A shamrock is a sprig of clover, a common plant in Ireland and popular symbol of the Irish. The four-leaf clover is a rare variation of the three-leaf clover. According to tradition, the fourth leaf brings good luck to the person who finds it.